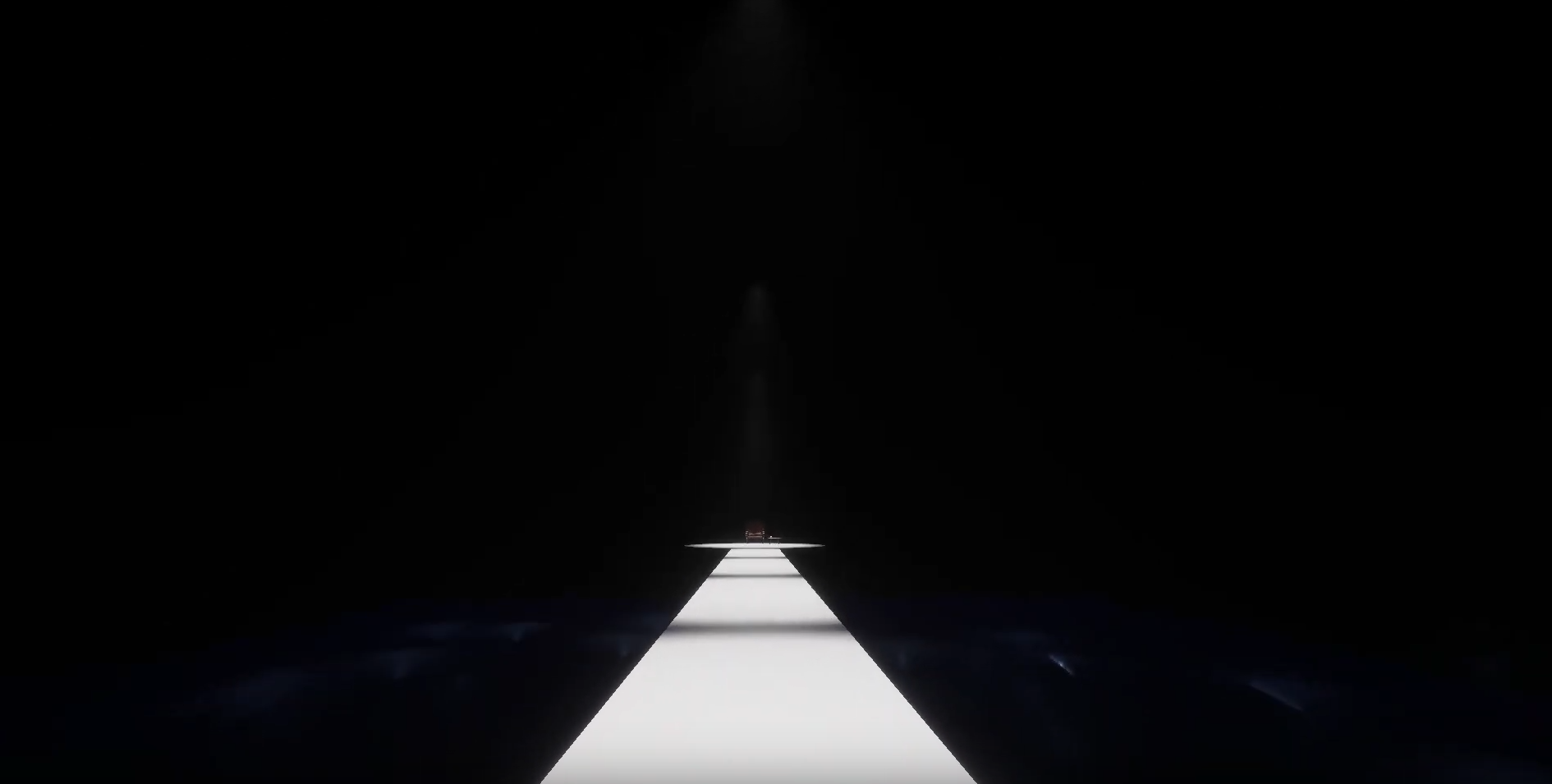 This was the first "whole" experience I created using the Reactive Mise-en-scène concept and plugin from my PhD research. It was intended as an exemplar experience to communicate my research ideas and to be used in studies.

It had its first showing at the Immersive Storytelling Symposium at Lakeside Arts as part of the demos programme there.

It was, however, ridiculously overly ambitious for a one-man researcher and developer. Quite honestly it got away from me and I am developing a much more tightly scoped experience that better expresses the Reactive Mise-en-scène design ideas and will serve to be more useful for my research.

However, as a creator, I love this broken and ridiculous mess I created. Let me tell you about much of what I did and all the things that went into this gumbo of ideas and feelings. 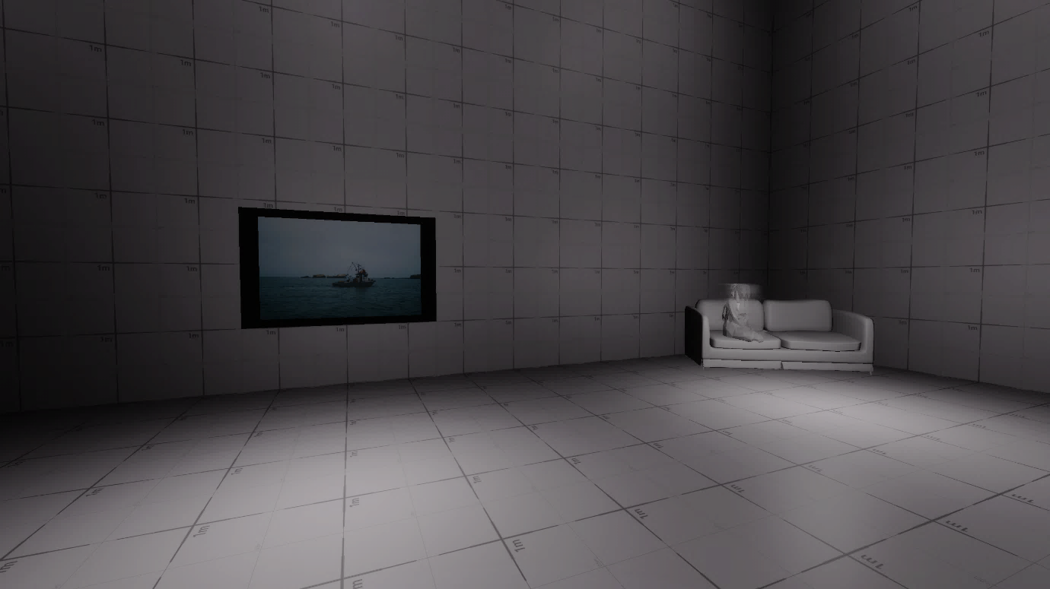 The "whitespace lab" tutorialisation area. A bit of a mess this, but arguably more interesting in the direct sense for users/viewer/players/people what do the thing. 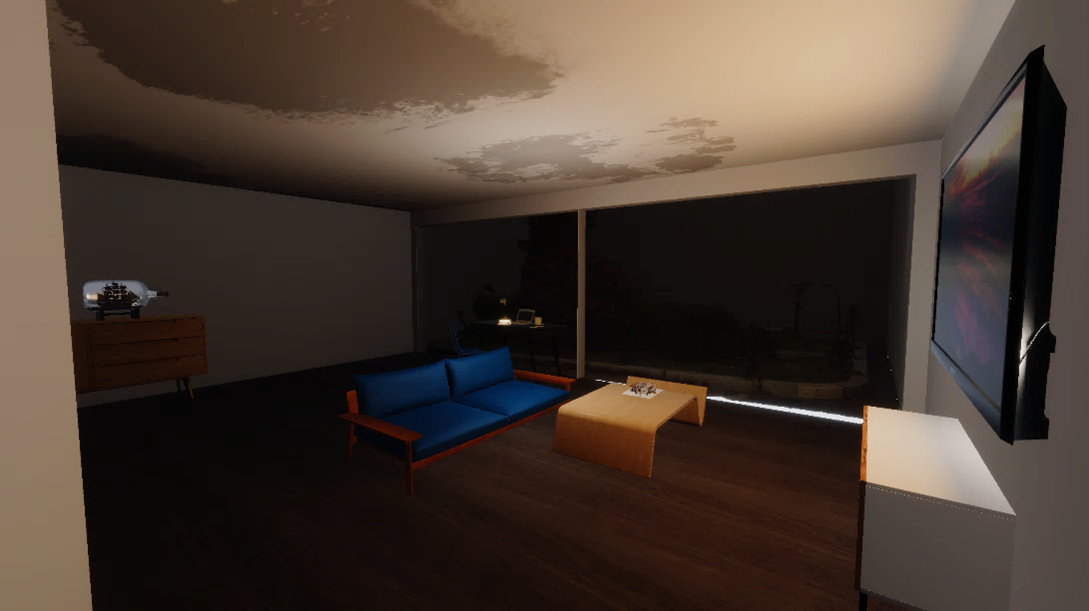 The apartment. The first real location. Gated, and confusing.

A multitude of directions does not pan out well for a small (read: singular, only, one, lone) development team. 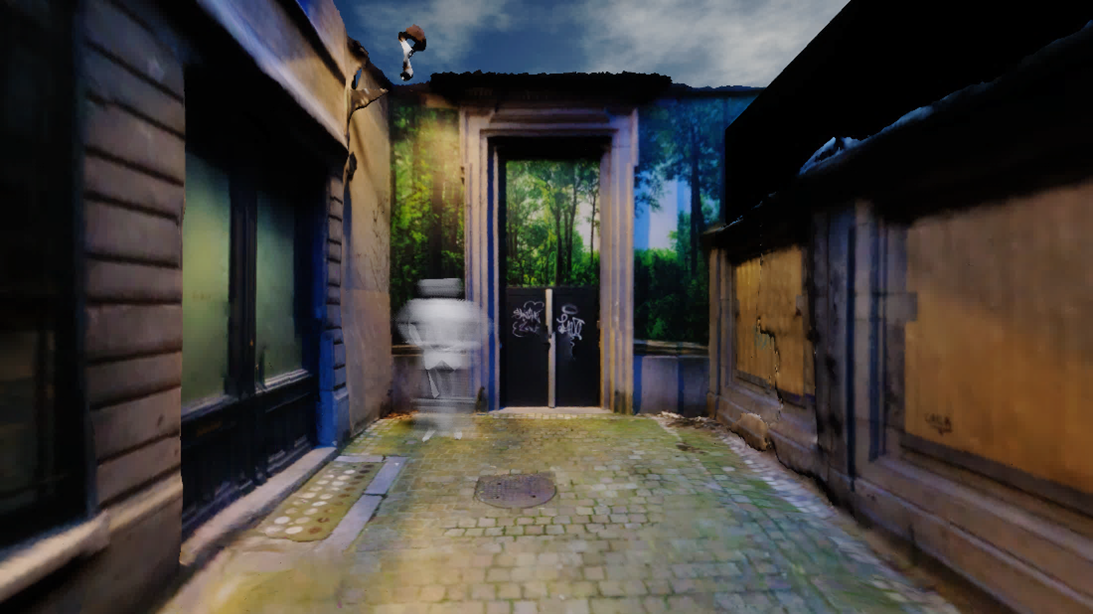 I just really liked this photogrammetry door. I guess this is a good excuse to discuss that stuff. Photogrammetry plus kitbashing for a hauntological and dream-like space not quite realistically rendered but intentionally in the valley of uncanny for it. 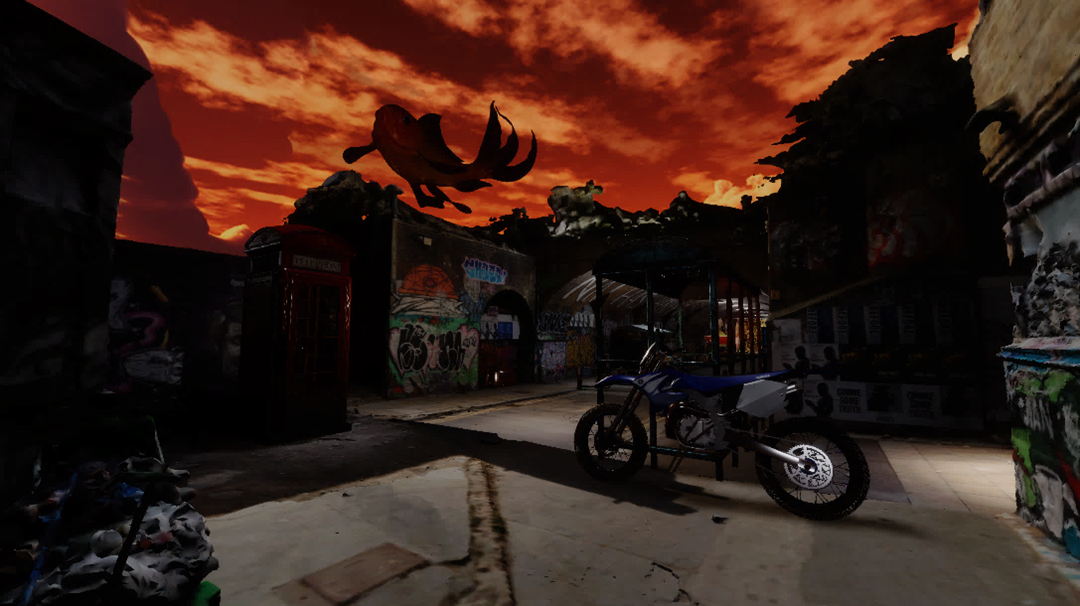 Changes in rendering style! Time of day! Different skyboxes! Different objects placed in scenes to convey the dominance of different modes or moods! 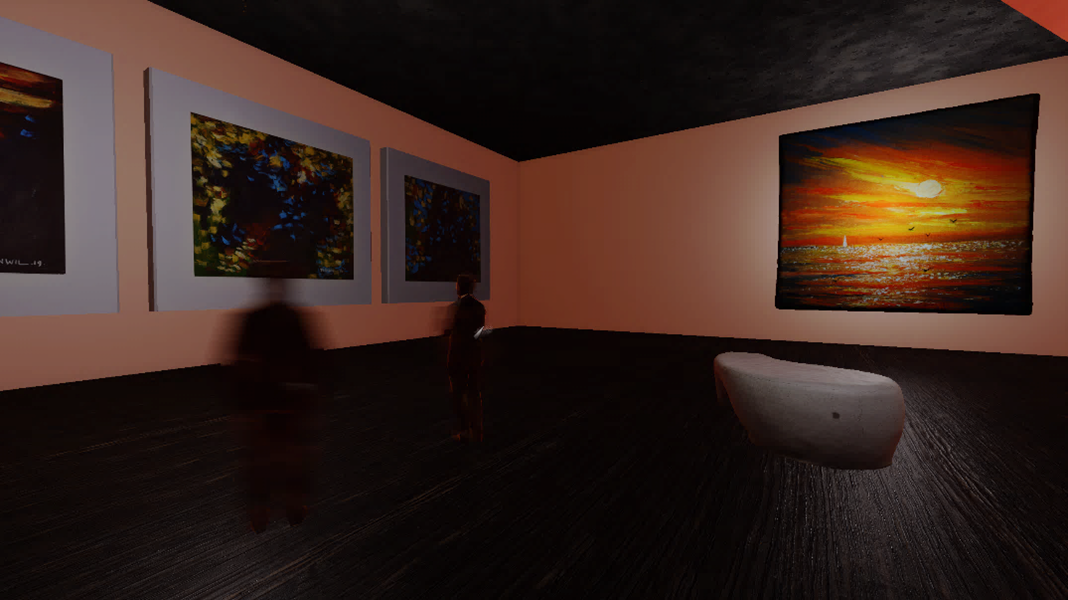 See these blurry guys above? Well, these were my statue-like stand-ins for imagined performance capture. I also didn't have a budget and cast of character actors, so I did the computer science ethically ambiguous thing and tried out some voice synthesis using datasets built out of celebrity voices. Let me tell you, they didn't sound much like the real thing. Still, I had a cast of characters (with some fantastic casting choices let me tell you - I can't tell you, it's probably legally iffy to say the least), a host of differentiated voices, and a whole lot of dialogue written.

Hey you can view the draft terrible script here! 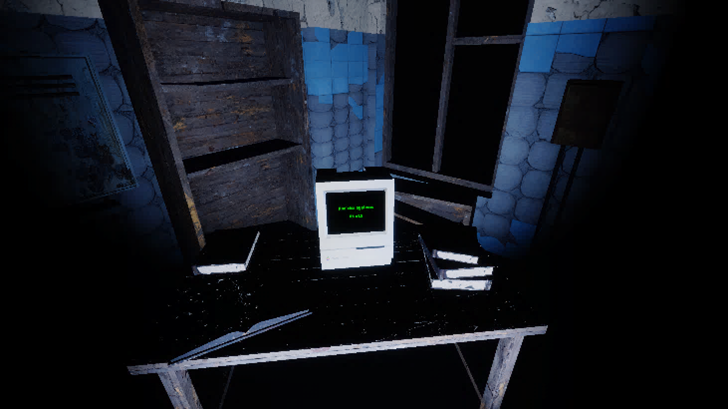 Ahh the Macintosh. Or something like it. In for a penny of legal trouble... So this compy 486 or whatever, was the exit point. Stare at it long enough, it boots up and kicks you out to the goofy screen below. 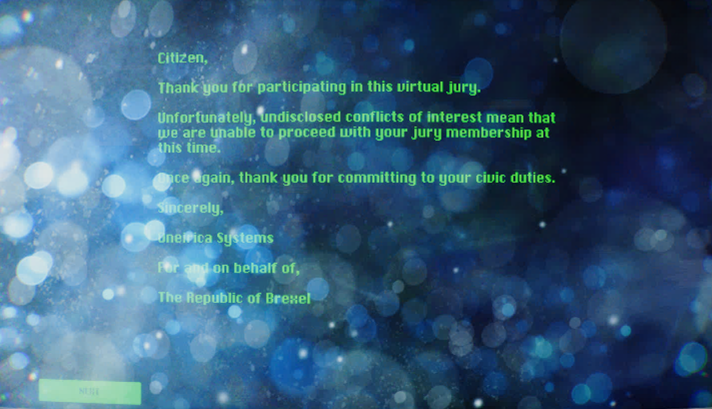